Purpose of the experiment: Use blood test data to confirm the efficacy of rejuvenation energy adjustment by Master Li. Past empirical examples have confirmed the anti-aging, rejuvenation and optimization effect of Master Li’s energy adjustment. This experiment is to fully confirm it with various scientific test data, and pave the way for the comprehensive application of the latest cutting-edge technology in the future.

The blood test data is divided into two groups. One group is the evaluation and comparison of various blood test data of the volunteer subject before and after the experiment in collaboration the Life Extension Laboratory. The other group worked with Telome Health Inc. to analyze the volunteers’ telomere length changes before and after the experiment. (Telome Health Inc. is a company co-founded by Elizabeth Blackburn. Elizabeth won the Nobel Prize in 2009 with two other biologists for her research on telomeres. Research on the relationship between telomere length and human health and the probability of getting sick is a hot topic in modern medicine and biology).

In general, sixty days is a cycle of cell renewal. If such an obvious effect is present in the first cycle, continuing with the second and third cycles, the effect will be improved several times (because after each cycle, the body’s function is already at a higher level, with continuous adjustment, the effect will naturally be much higher than when the body function is at lower level).

Energy adjustment technology: Master Li used new era active biocomputer technology. Different from the traditional Chinese or western medicine treatment or recuperation, this technology can make human biological system change at the fundamental structural level. Therefore, it is not only anti-aging and rejuvenating , but also optimize the human body and human brain system. Such an effect cannot be achieved by other methods. It is a major breakthrough in modern biology and medicine.

Experiment results: Eight major physiological indicators of rejuvenation from the volunteer showed a significant improvement in rejuvenation after sixty-five days of energy adjustment (please see Appendix 1). This result is recognized by American anti-aging medical specialists, and therefore has great potential in its future development (Appendix 2 is an analysis from the specialists). These results mean Master Li’s pure biological method of natural energy adjustment can make changes at the fundamental structural level of the human biological system, thus have extraordinary effects. In addition, this method was applied in two separate long distance scientific experiments to eliminate 100,000 cancer cells to zero, achieving a 100% success ratio. A large number of multinucleated cells appeared in the experiment, showing that the cell structure had changed. (For details on long-distance cancer cell experiments, please refer to the experiment chapter.)

We all know that cells are the foundation that make up the various organs and systems of the human body. Multiple experiments have confirmed the emerging methods of Master Li, it can repair, transform and renew the cell structure and energy of cells from a more basic energy (system) structural level. Thus it can not only treat diseases, but also anti-aging and rejuvenate and optimize the human body. This is similar to physics and chemistry, when the structure of basic materials such as intramolecular electrons is changed, the properties of matter is converted.

Because this method changes the body’s biological active system at the basic energy structural level, it is not limited to the regulation of the internal organs, meridians, etc., but to the overall repair and update of the structure and energy of the brain, nerves, meridians, lymph, and even bone marrow cells. Therefore, it can promote the growth of stem cells, increase the ability of self-repair and recovery, and can also affect the deep microcirculation system, achieving repair and improvement effects that are beyond conventional medicine. There are a lot of examples to prove it in reality. From helping a 26-week-old premature baby to various illnesses that can’t be treated by Chinese and Western medicine. There is also an 88-year-old lady who not only recovered from her illness, but also rejuvenated physically. She looked younger than her photos in her 70s. She was even more creative in thinking . Now aged ninety-two, she not only lives on her own, but also innovates in cuisine. Her eyesight are just as good as her children. Her memory and logic are beyond that of her children. Her thought is clear and is able to communicate complex ideas verbally. 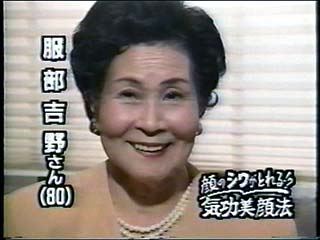 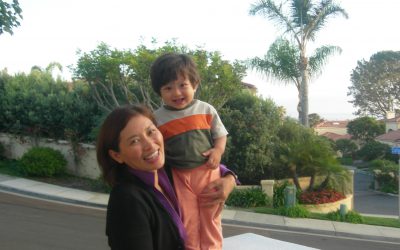